Less popular than plums, damson and gages are the two opposites of the plum family. Damsons (and the close relation, the Bullace) have the tart, acid flavour that make excellent jams , preserves and pies. A few varieties can just about be eaten fresh if allowed to fully ripen. The trees are hardy, growing in places that would not suit a plum and are often planted as a hedgerow tree. Gages on the other hand are far more fussy than a plum, requiring a warm and sunny site, better still fan them out on a warm sunny wall. The trials garden did have four large fan trained gage trees in the open on wires. Every spring they would flower profusely but fail to crop satisfactorily even though they were closely matched for pollination. These have been removed and plums planted in their place. Damson can be treated as self fertile like many plums.

Gages, however, can be a real minefield as regards pollination so self fertile ones are best

Rootstocks are the same as plums, Pixy for dwarf trees, bushes and fans and St Julian A for larger specimens.

It's worth noting that Damsons often make a smaller, more compact tree than many plums on the same rootstock

VARIETIES GROWN IN THE TRIALS GARDEN (OR NURSERY)

A new introduction found as a chance seedling in Hampshire. All the usual culinary attributes but one the can be eaten fresh as well. 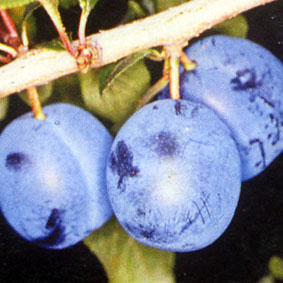 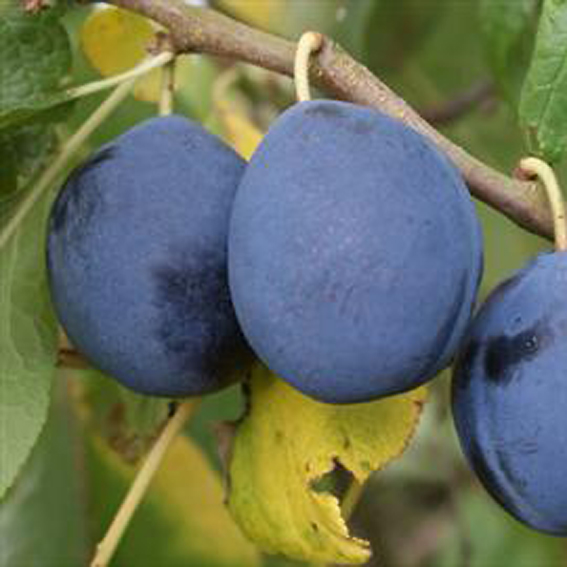 A large plum sized damson which can be eaten fresh. relaible and heavy crops. 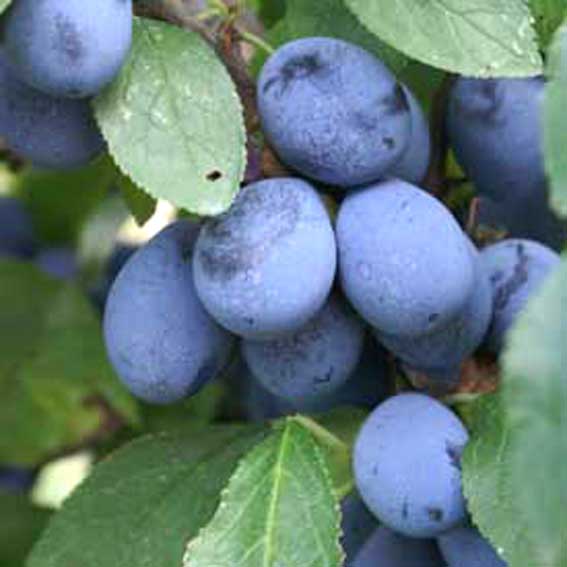 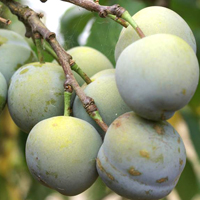 Excellent old fashioned flavour and more reliable cropping than most. 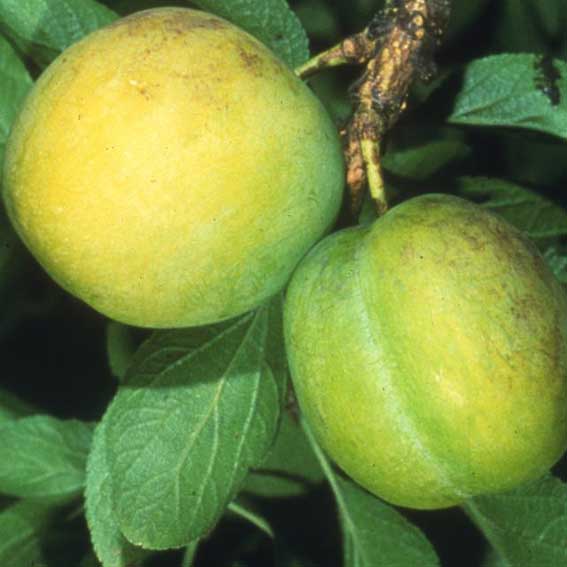 a good one for bottling and freezing