A brief history of the gardens 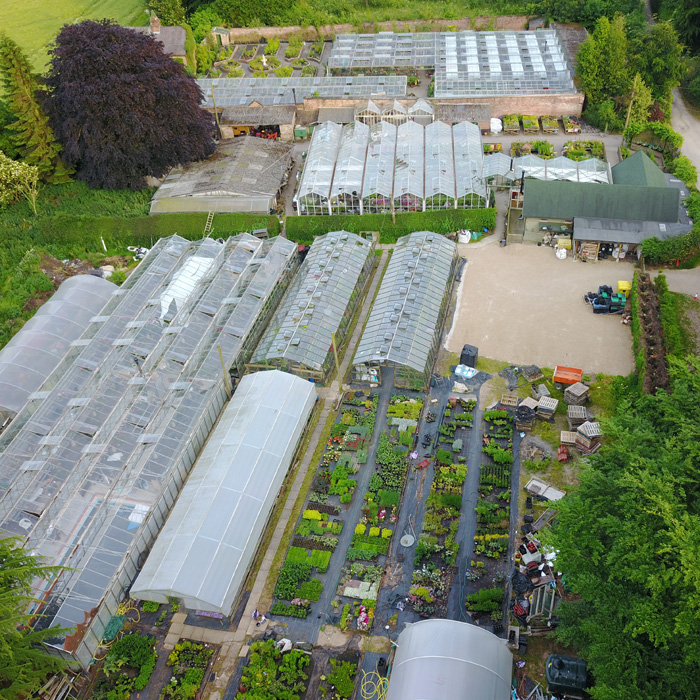 A family run nursery since 1941, when Samuel Walker moved from the nearby Tissington Hall
to take up the post of Head Gardener at the Meynell Langley Estate.

Many changes have occurred throughout the years, notably the greatly extended area of modern glass that has replaced the slowly crumbling Victorian houses which became impossible to repair in the late '60s and early '70s.

The peach house, now in aluminium, still has the original peach trees growing and cropping well on the warm, south facing, wall and are a mass of blossom in late February and early march.

The walled garden, complete with gardeners cottage built into it, has been replanted and the adjacent orchard restocked with modern, disease resistant varieties of apple and pears and proves very useful when comparing new varieties against old.

Originally supplying the markets and local garden-centres, Meynell Langley Gardens now sells all of its plants from the nursery and prides itself on having a large and loyal customer base, many of whom have been regulars for many years, a fact borne out by the 1,000 hanging baskets we refill for them each spring.

A large range of plants, knowledgeable staff and sensible prices make us well worth a visit. ​ 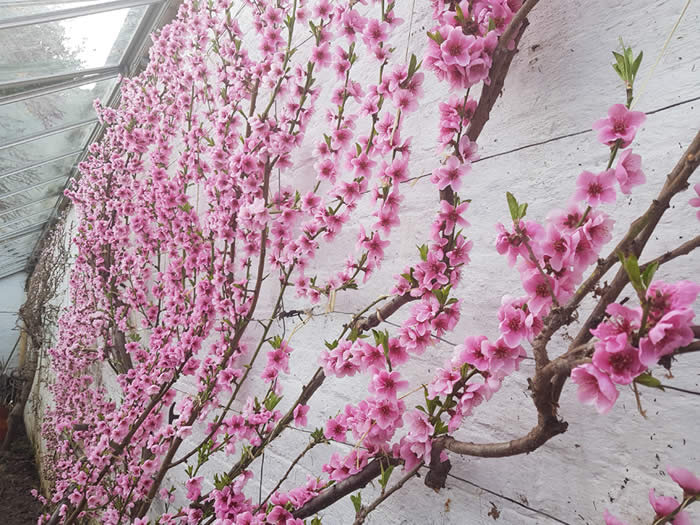